One thing that’s a constant in the big self-service car graveyards is the presence of massively depreciated European luxury sedans. These cars come from the factory stuffed full of complex leading-edge technology, and they require the owner to check every box on the maintenance schedule, year after year. Once that 10-year-old A8 or S-Class reaches its fourth owner, broken stuff often goes unrepaired, convenience-store generic oil goes in the engine (that is, if the engine even gets any new oil), and the European Luxury Sedan Doomsday Clock starts ticking. Here’s a factory-hot-rod Jag that sold new for quite a bit more than a BMW 745i and just 20 bucks less than a Mercedes-Benz S430, back when Enron’s machinations were in the news and a lot of energy-industry execs were about to get their luxury sedans repossessed, now in a Colorado self-serve yard.

We live in a golden age of forced-induction engines in U-Wrench junkyards, with all sorts of turbocharged and supercharged machinery just waiting to provide the raw materials for a really stupid engine swap. The 4.0-liter, 370-horsepower V8 in the 2002 XJR would be just about perfect for installation into, say, a Datsun Maxima. 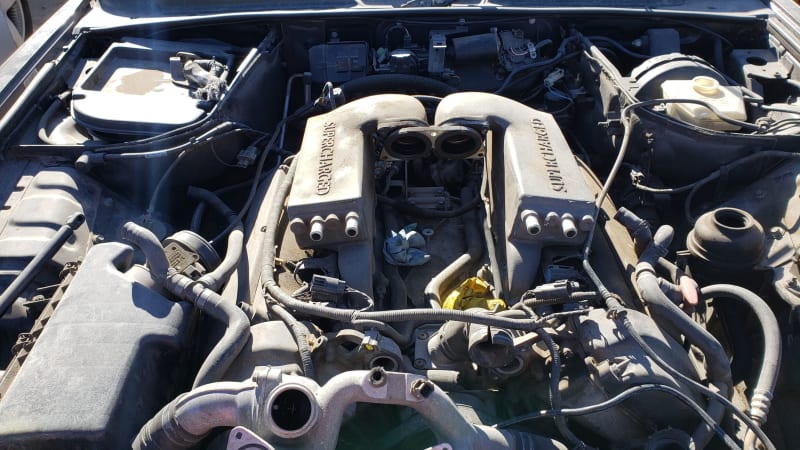 This yard charges just $44.99 plus $10.60 in core charges and environmental fees for any supercharger, be it the dime-a-dozen Eaton M62 found on GM 3800s or the mighty M112 that was once buried between the heads on this engine. Thing is, you need to get to a car like this immediately after it hits the yard, because the first junkyard shopper with sufficient tools is going to grab that ultra-cool blower right away. 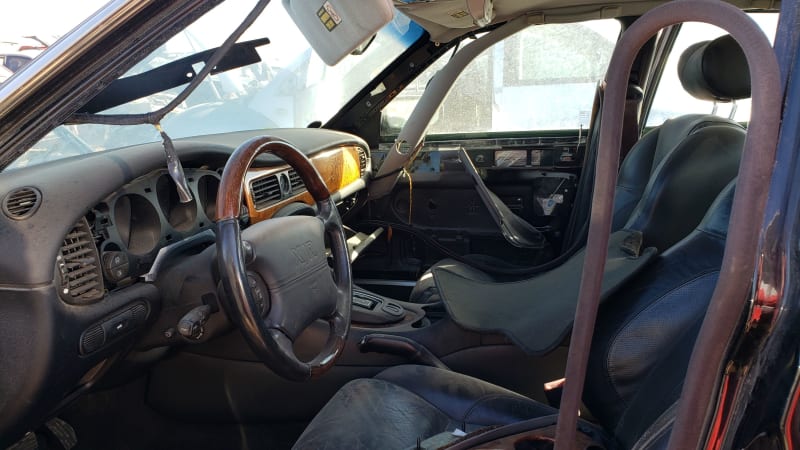 The price tag for this car started at $71,830, which comes to about $105,550 in 2020 dollars. We can assume that some four-figure repair became necessary, and that this car’s final owner had to let it go to the highest bidder with cash on hand… which turned out to be U-Pull-&-Pay. 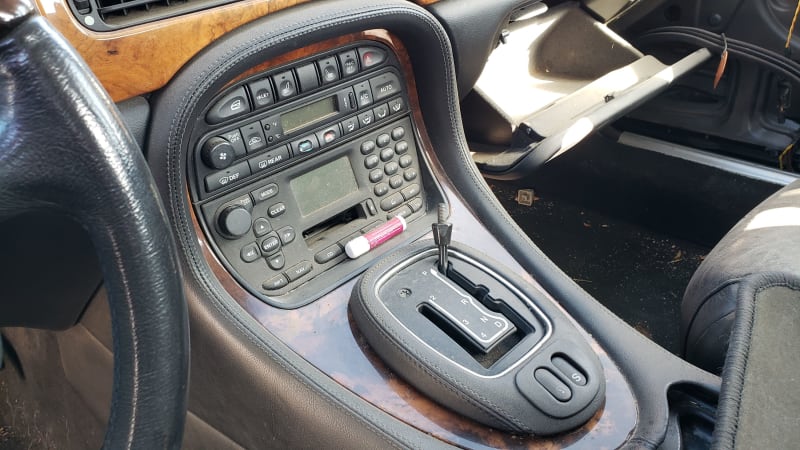 Look, you could still get a cassette player in a high-end luxury car in 2002! When do you suppose CD players will finally disappear from new cars? 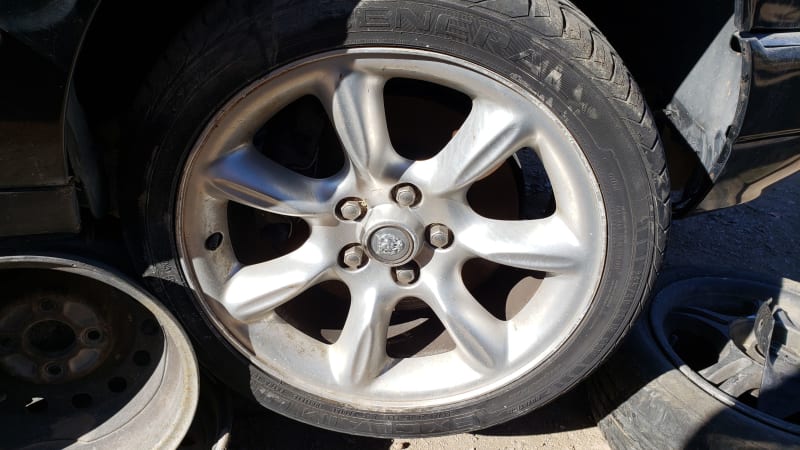 Here in the junkyard, the lowly Kia becomes equal to the majestic Jaguar. Perhaps their metals will be reused in a Geely next year.

The security of knowing you’ll never, ever lose it in the parking lot.